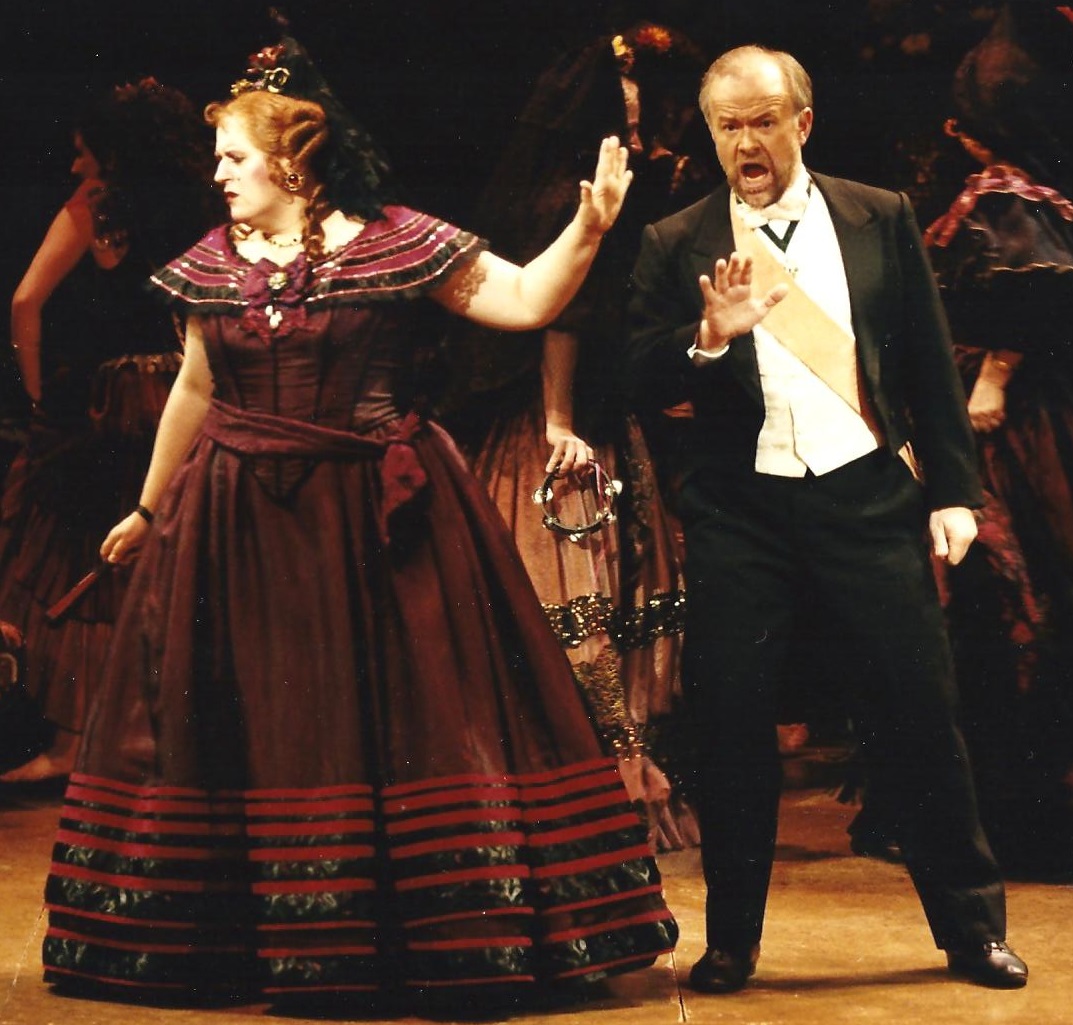 A national and international performer and vocal pedagogue, Dr. Keith Brautigam’s credits range from numerous performances on the concert and opera stage to utilizing his expertise in vocal training at universities, choral organizations, and opera apprenticeship programs throughout the USA and abroad.

As a professor of voice, Dr. Brautigam’s students have been accepted into an array of prestigious graduate programs, and have been highly successful on the performance stage - ranging from lead roles with the Metropolitan Opera to a significant number of other international and regional opera and musical theater programs and companies around the world.  Additionally, he has numerous former students who are now utilizing their training in university voice positions, secondary education classrooms, community theaters, voice and recording studios, mission organizations, music therapy careers, church positions, and administrative offices of major performance companies, among others.

Throughout his entire career, Dr. Brautigam has regularly taught a wide slate of courses required of vocal performance majors ranging from vocal pedagogy, lyric diction (German, French, Italian, English, and Latin), vocal literature, ear training, and choral conducting, to opera workshop and opera theater.  Additionally he has directed and co-directed mainstage operas/musicals such as Die Fledermaus, Pirates of Penzance, Gianni Schicchi, Camelot, The Clever Artifice of Harriet and Margaret (performed at the National Opera Association national convention), and The Mikado, among others.  He has also twice served as a visiting instructor for the Instituto of the Teatro Colon opera apprenticeship program in Buenos Aires, Argentina; a two-week residency as a guest voice faculty at the Northwestern University Bienen School of Music; and as a professional vocal instructor and coach for the Grand Rapids Symphony Chorus and the Calvin College Alumni Choir in Grand Rapids, Michigan.

Critical to his work as a vocal instructor, Dr. Brautigam’s primary scholarship has centered on maintaining an active performance schedule, soloing with opera companies, symphony orchestras, chamber/jazz groups, choral organizations, and in numerous churches.  As an oratorio and concert soloist, highlights range from Orff’s Carmina Burana and Handel’s Israel in Egypt with the Cleveland Orchestra under the direction of Robert Porco; numerous performances of G.F. Handel's Messiah, Felix Mendelssohn’s Elijah, Haydn's Creation, and the Fauré Requiem with such organizations as the Calvin Oratorio Society, the Grand Rapids Symphony, Bel Canto Chorus of Milwaukee, Michigan City Choral Society, the historical Moody Church in Chicago, and Christ Memorial Church in Holland, MI; Johannes Brahms' Ein Deutches Requiem and J.S. Bach's Coffee Cantata (BWV 211) with the Grand Rapids Symphony; The Bloch Sacred Service with the Marion Philharmonic; and Ravel's Chanson Madecasses with the Chicago Ensemble. Additionally, since its inception over twenty years ago, Dr. Brautigam has been a regular soloist with the Fort Wayne Bach Collegium under the direction of Dr. Daniel Reuning (with whom he has partnered to perform countless Bach concerts spanning over 30 years) and Dr. Koji Otsuki, specializing, among numerous other works, in the role of Christus in all of the Bach Passions.

Opera engagements include Germont in La Traviata with Chautauqua Opera; Schaunard in La Boheme and The Sergeant of Police in Pirates of Penzance with Cleveland Opera; Papageno in Die Zauberflöte and Father Capulet in Roméo et Juliette with Opera Grand Rapids; Tonio in I Pagliacci with Skylight Opera Theater of Milwaukee; and Pantalone in Mozart's "new" opera, The Jewel Box, with Chicago Opera Theater, among numerous other roles.

Specific to research, Dr. Brautigam is the founder and president of Vocal Masterclassics (www.vocalmasterclassics.com), an online vocal database that fully documents and extensively searches hundreds of world-renowned masterclasses scattered across the internet. Because students are now able to systematically target masterclasses that directly enhance their knowledge and understanding of the vocal literature they are encountering in their lessons, this resource is being used by individuals and universities across the United States.

In the spring of 2022, Dr. Brautigam retired as full professor from the voice faculty of Indiana Wesleyan University. Having been twice tenured during his career, he previously served on the faculties of Calvin University in Grand Rapids, MI (tenured); the Baldwin-Wallace University Conservatory of Music in Berea, OH (tenured), where he served as chair of the voice department; Moody Bible Institute in Chicago; and Huntington University in Huntington, Indiana.  Presently (and concurrently with his final year at Indiana Wesleyan University), he serves as the Director of Education for Heartland Sings, a non-profit vocal production company in Fort Wayne, Indiana, where he coordinates all outreach and educational programming, and additionally teaches/coaches the professional principal vocal artists for the company.

Dr. Brautigam holds a Bachelor of Music degree in vocal performance from Grand Rapids Baptist College (now Cornerstone University) in Grand Rapids, Michigan, and his Master of Music and Doctor of Music degrees in vocal performance from the Indiana University Jacobs School of Music in Bloomington, Indiana, where he studied with the world-renowned Wagnerian soprano and pedagogue, Miss Margaret Harshaw, and the long-time chair of the voice department, Dr. Roger Havranek.